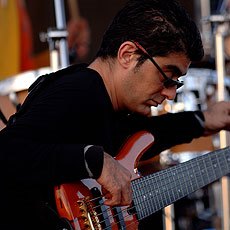 Aykut Gürel was born in Istanbul in 1963. He has completed his education in Kabataş College for Boys and at the Yıldız University, Mechanical Engineering Department. He started his professional musical journey at the age of 13 and he continued until now as arranger, composer and orchestra conductor. He is also the Manager of the Irem Records that has been established in 2002 with his wife Seden Gürel. He has arranged 1000 tracks, composed more than 100 songs and produced more than 100 albums. Most of the albums that he has produced had been sold more than 30 million times.